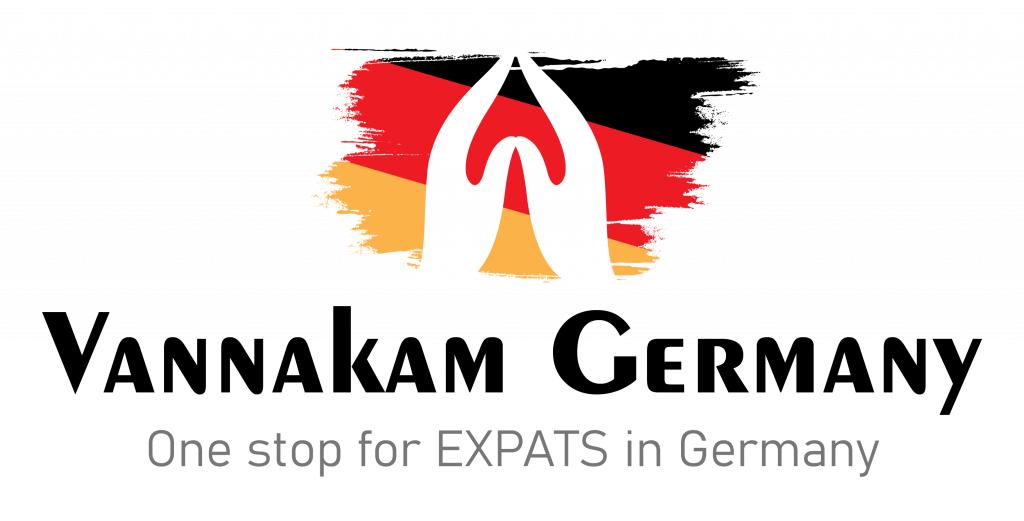 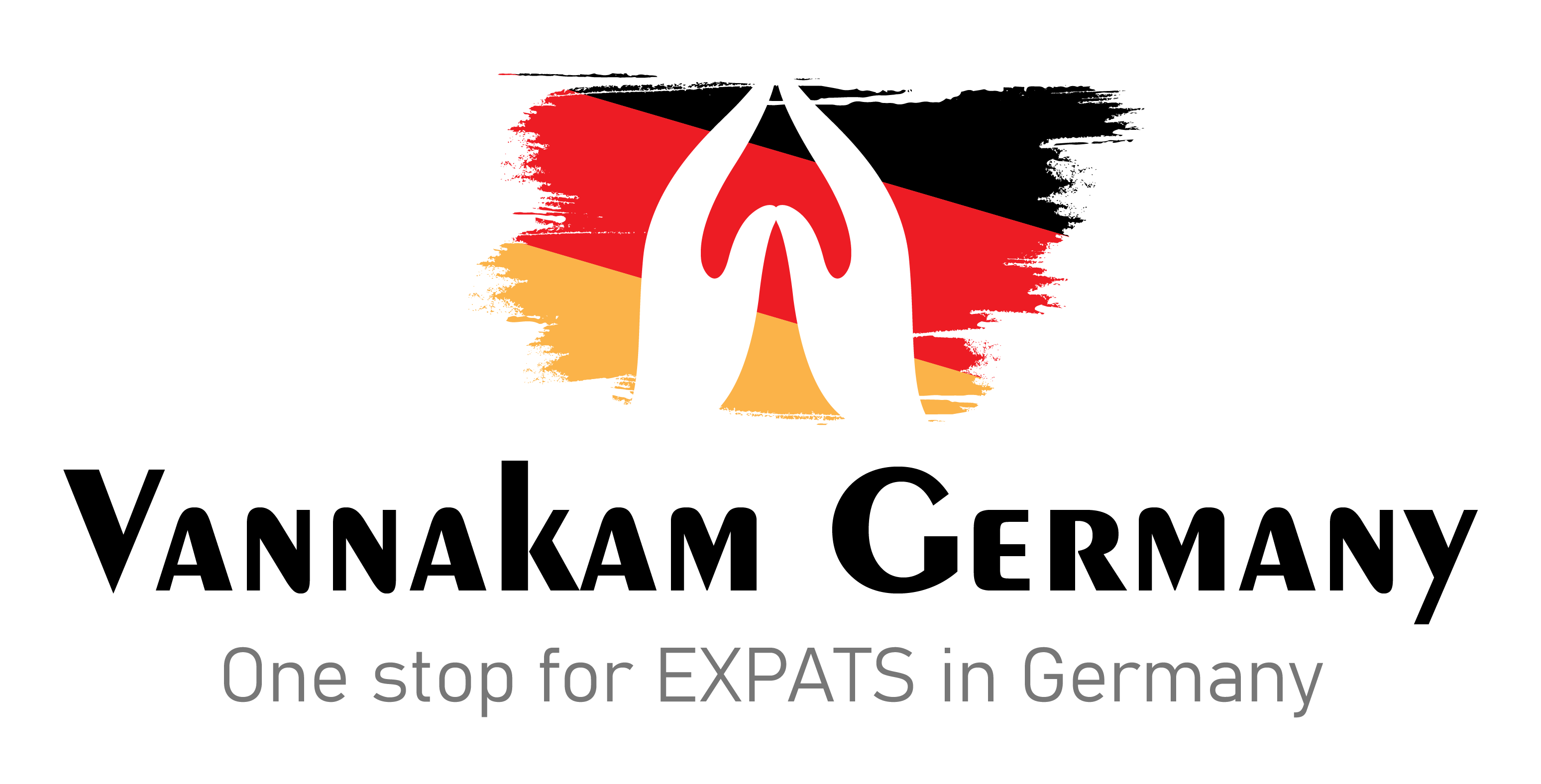 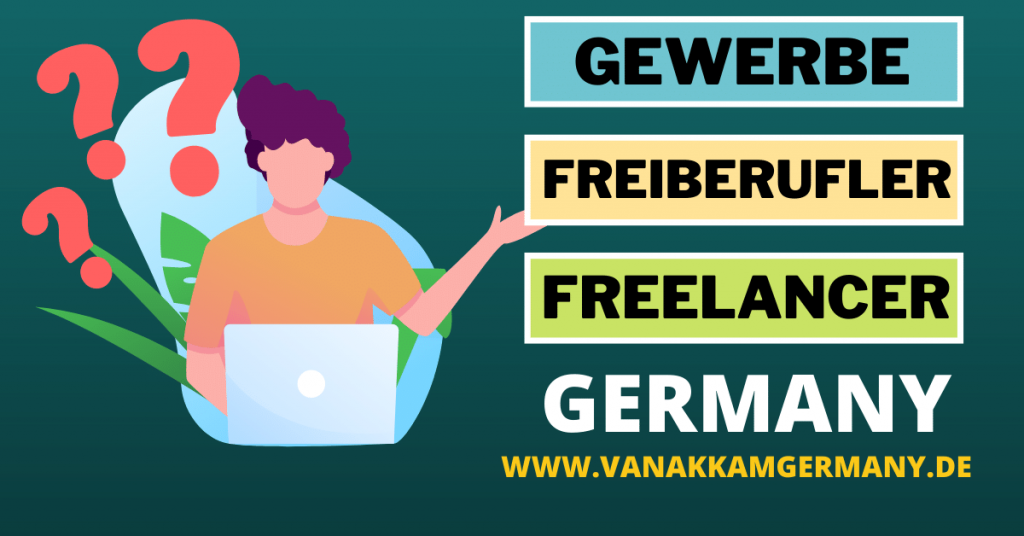 It’s summertime and you want to start working for yourself. It’s probably a thought every person has had by now. It’s not complicated, because everyone likes to be their own boss. When it comes to what type of self-employment, you’re looking forward to the real doubts araise. Are you interested in freelancing? Perhaps.

There are three basic terms for self-employment in Germany: self-employed (Gewerbe), freelancers and freiberuflers. Although they may seem similar, the origin and, more importantly, the legal obligations of each differ. A classification also determines a business’ obligation to pay trade tax (Gewerbesteuer).

In today’s article, we will be explaining what these terms mean and how they differ.  How exactly are these terms differentiated according to German law?

What does Self- employment mean in Germany?

Being self-employed simply means not having to work under anyone. Your business, your goals, you profits/losses. It’s all on you. As mentioned earlier, the term self-employment can be divided into three terms; 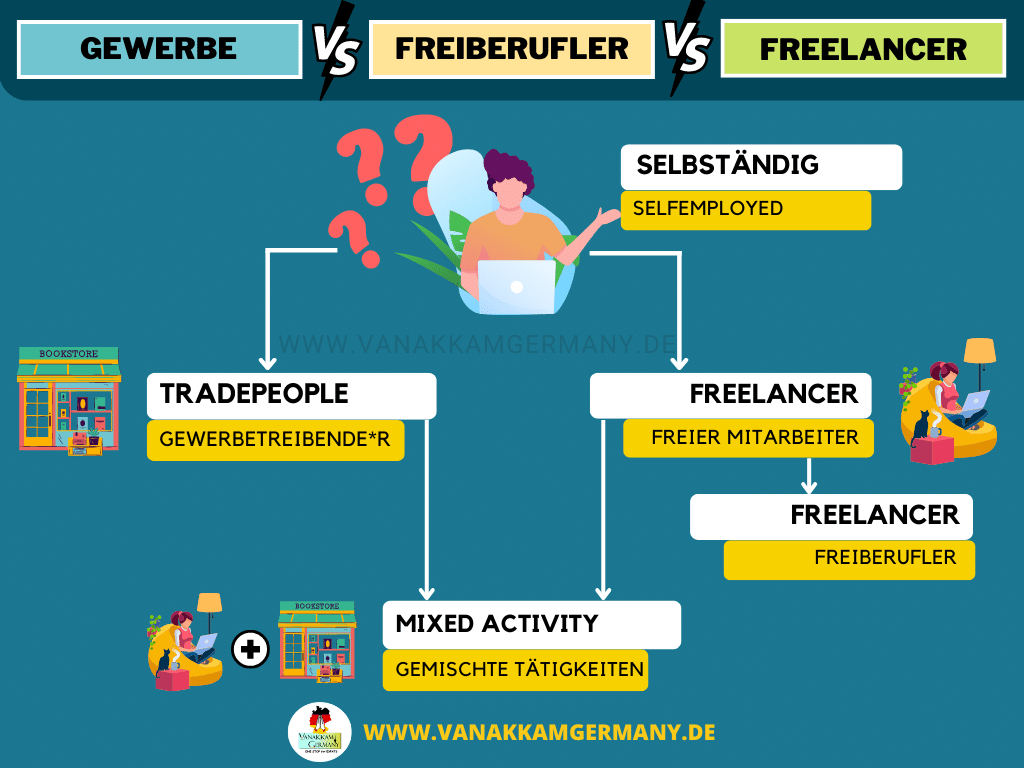 Who is a Freelancer?

In Germany, ‘freelancers’ refer not to the type of business they run but to how they conduct their professional relationships with clients. Unlike employees of companies, freelancers receive work orders from different companies or clients.

Freelancers work primarily during a project, or support a business in certain tasks and challenges. It is up to them how they manage their time, workload, and working environment. 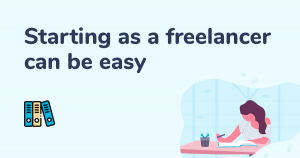 A Freiberufler is the title for self-employed professionals who have certain qualifications and who sell their services. They generally run an independent business, firm, or studio where clients come to receive services. Typically, their clients are end-users. For example, patients who seek medical care from a physician.

Germany considers a Freiberufler to be someone who practices so-called ‘liberal professions’ (Freie Berufe).

What are liberal professions?

The Income Tax Act includes liberal professions in Section 18. The official act is only available in German, but you can read it in English using Google Translate. They are broadly classified into two categories namely; 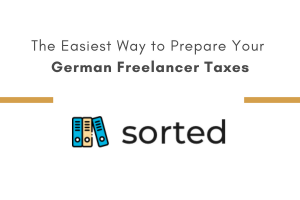 There are a few benefits to being a freelancer:

What is a Gewerbe (Trade)?

If you are a self- employed person and you do not fall under the catergory of freelancers, you are a tradesperson (Gewerbetreibende). You carry out trade on your own account, under your own responsibility, and for the purpose of gaining a long-term profit.

It is a legal requirement for tradespeople to register as businesses. Almost all self-employed persons (including freelancers) must register with the tax office (Finanzamt) by filling out a questionnaire for tax registration.

Requirements if you are a Gewerbe

📢 📣 This article contains affiliate links. When you click on the links in this article/website, we will receive a small bonus. This will not make a difference for you in price, however it helps our Vanakkam Germany Team to strive further. Thank you. If you want to be a member of our Vanakkam Germany Groups, you can Join here. 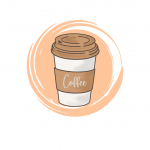 📣If our Blog/Youtube Videos was helpful to you, and saved you time of research, please consider supporting our activities by Buying us a Coffee as a small donation. 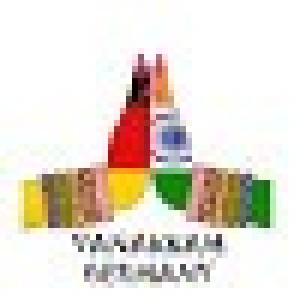 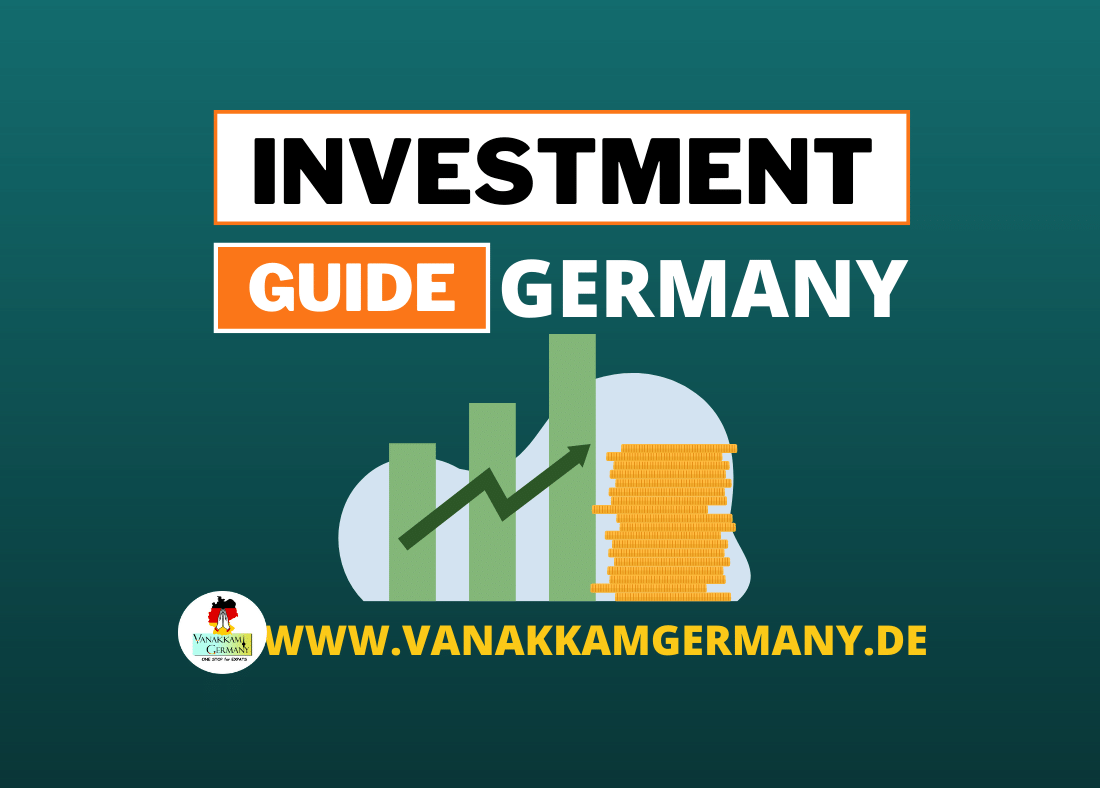 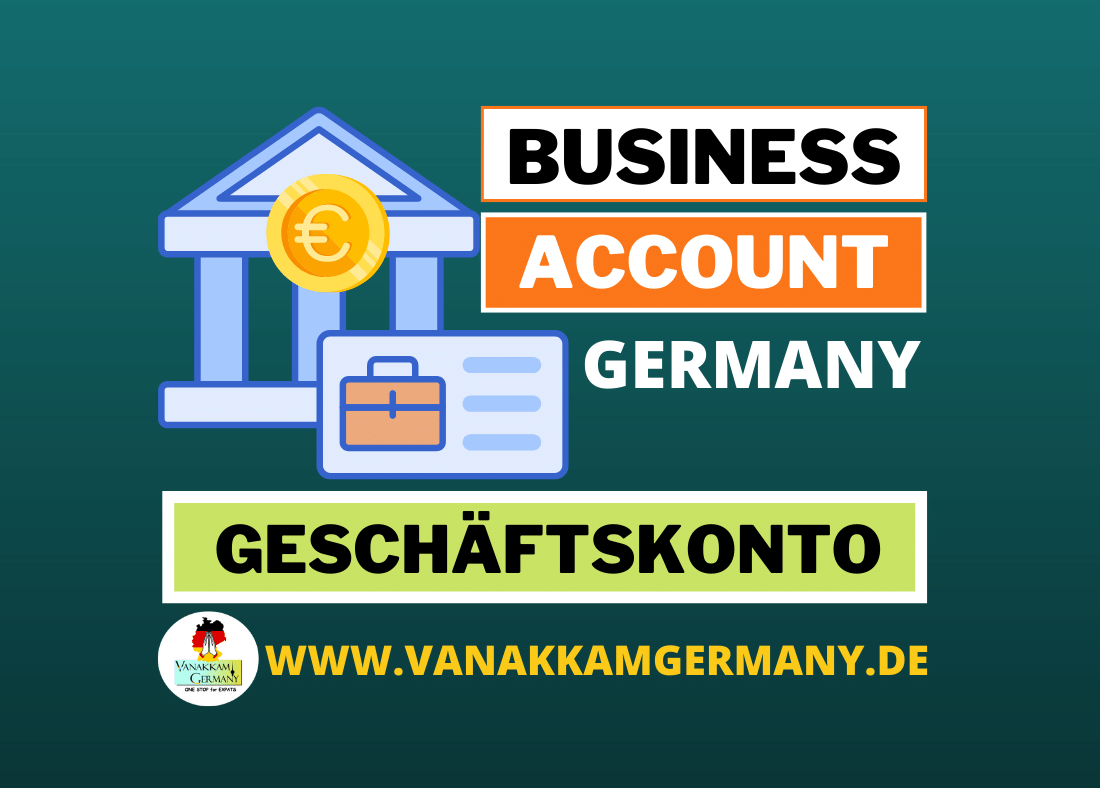 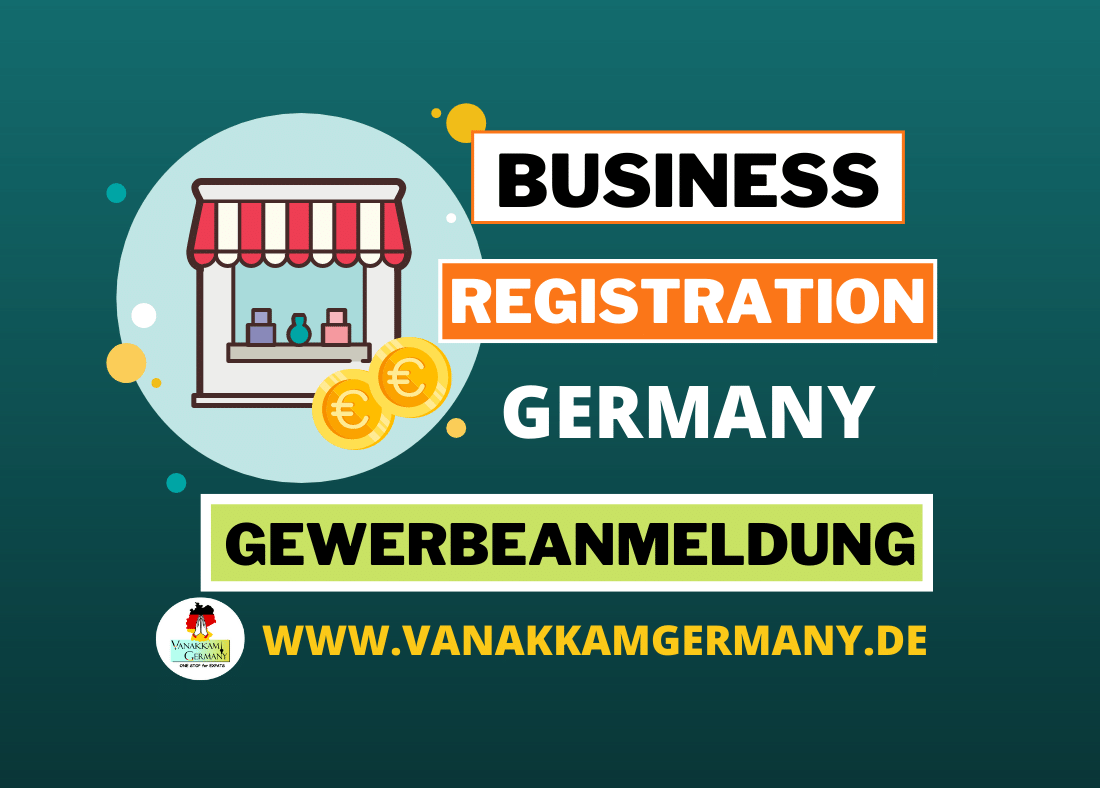 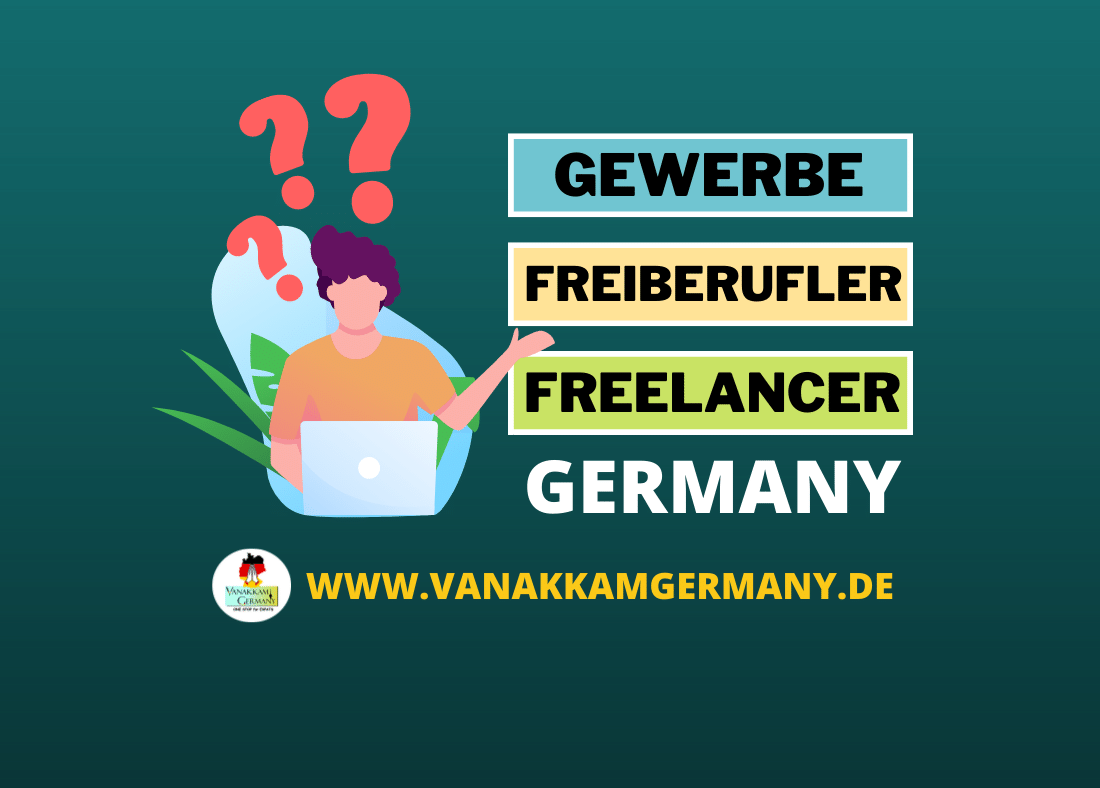 Stay updated on our blogs and new
developments, all to support you.